What is Earmark Watch? 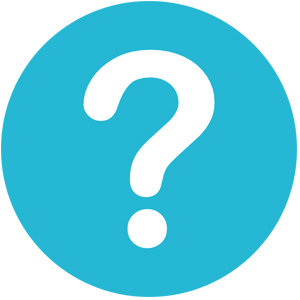 Earmark Watch is an experiment in distributed research. We have provided a space on the Web that allows users to investigate and evaluate earmarks — spending provisions requested by individual members of Congress that target taxpayer dollars to specific projects and recipients — in two ways. First, they associate some basic information with the recipient of an earmark — including each recipient’s Web and physical addresses, whether the recipient has lobbied Congress or whether its executives have donated money to federal election campaigns. Second, they can provide additional research and commentary on each earmark, to help determine the extent to which members of Congress earmark funds to meet important local needs in their districts or states. Earmark Watch is a forum for citizen scrutiny and oversight of the thousands of earmarks inserted into federal spending measures. We hope to provide both quantitative data–a count of the number of earmark recipients that lobby Congress or have executives who’ve given to congressional campaigns–as well as a forum for lively debate over what constitutes a worthwhile expenditure of federal funds–which earmarks meet pressing needs, which are political favors, and which are pure pork.

Why investigate and evaluate earmarks?

Through earmarks, members of Congress can secure millions of dollars of funding for a recipient (a private company, nonprofit, university, or a state or local government) or a specific project (building a road, purchasing or setting aside land). Earmarks receive little or no debate from Congress as a whole; they are not subject to competitive bidding or administrative review, and most earmarks are not examined by the press. Citizen oversight is thus necessary to ensure that members are responsibly and justifiably spending taxpayer dollars. In the past, some members clearly abused earmarks — the most extreme case being former Rep. Randy “Duke” Cunningham, who exchanged earmarks for bribes.

Yes, but all the reforms did was provide some measure of transparency to the earmarking process. But transparency is only the first step toward accountability. Members’ names are now attached to earmarks (in the past, earmarks were inserted into bills, committee and conference reports anonymously), lists of earmarks and their sponsors are made available in the committee reports for bills that include earmarks, and members must sign a letter stating that neither they nor their spouse has a financial interest in the project or the recipient that will receive the earmarked funds. However, members still have tremendous discretion to steer taxpayer dollars to their favored projects.

What is an earmark?

a provision or report language included primarily at the request of a Senator providing, authorizing, or recommending a specific amount of discretionary budget authority, credit authority, or other spending authority for a contract, loan, loan guarantee, grant, loan authority, or other expenditure with or to an entity, or targeted to a specific State, locality or Congressional district, other than through a statutory or administrative formula-driven or competitive award process…

But bear in mind that there is no single agreed upon definition of earmarks. The Office of Management and Budget defines them here as, in part,

However, the House Report to the Interior, Environment and Related Agencies Appropriation Bill notes that

Earmarking or directed spending of Federal dollars does not begin with Congress. It begins with the Executive Branch. For example, the list included above lists 92 specific land acquisition or construction projects which have been submitted by the Administration. The Administration, in selecting these projects, goes through a process that is the functional equivalent of earmarking.

Where do the earmarks in Earmark Watch come from?

Currently, the earmarks listed in Earmark Watch come from the committee reports that describe the provisions in three bills: The House and Senate versions of the Labor, Health and Human Services, and Education appropriations bills and the House version of the Defense appropriations bill. Taxpayers for Common Sense extracts the earmark disclosures from the bills and enters them into spreadsheets (all of which are available online here). Earmarks in the conference reports for the two versions of the Labor, HHS and Education bill specify recipients, the sponsor or sponsors of the earmark, and the dollar amount of the earmark. The conference report for the House Defense appropriations bill lists sponsors, dollar amounts but does not list recipients — rather the name of the program to be funded is provided. However, the letters that House members who sponsor earmarks are submit to the Appropriations Committee, declaring that the member and the member’s spouse have no personal financial interest in the earmark, do name the ultimate recipients. Taxpayers for Common Sense meticulously matched the recipients named in those letters to the programs listed in the conference report.

Will earmarks from other bills be added to Earmark Watch?

We’re working on it. Bear in mind though that not all earmarks are the same. Transportation earmarks, for example, specify roads to be built or list state government transportation departments as the recipient of the earmark; investigating these earmarks will require asking for slightly different kinds of information (very few intersections, for example, hire lobbyists or have their own Web sites).

QUESTIONS ABOUT THE RESEARCH 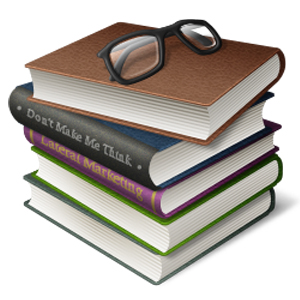 Why do you ask for the recipient’s Web site?

One of our goals is to learn more about the organizations that are receiving earmarks. What each organization says about itself is a good starting point. Adding a link to the recipient’s Web site also makes it easier for others to familiarize themselves with the organization. Similarly, that’s why we ask for a short description of the recipient.

Why do you ask for the recipient’s street address?

For two main reasons. First, to see if the organization is headquartered in the district of the earmark sponsor. Second, because we’d like to create (and would like others to be able to create) maps of earmarks. Having the address will facilitate that.

What if a recipient lists two or more street addresses on its Web site?

We are looking for the recipient’s main address–its headquarters. Use your best judgment as to which one that might be, and feel free to cut and paste the other addresses into the “further research” section at the bottom of the form.

Why are street addresses for the House Defense earmarks already entered?

The short answer is that we had the data, and decided to display it, saving researchers a step. The longer answer is that House earmark disclosure, like many other kinds of federal disclosure, is far less than meets the eye. Defense earmarks listed in the committee report — the official, online list of earmarks — specify only the projects receiving earmarks. The actual recipients — the companies, universities or other organizations that ultimately benefit from the earmark — are only named in the letters members file certifying that they and their spouse have no financial interest in the beneficiary. Those letters give not only the name but also the address of the recipient. Taxpayers for Common Sense went to great lengths to collect all those addresses, so we publish them for you. Research suggestion: How many of those defense earmark addresses provided by members of Congress match the company’s main address?

Why do you ask if the recipient has received other federal contracts or grants?

We would like to be able to distinguish between recipients that routinely win contracts or grants through the normal executive branch procedures and those that may be getting federal funds for the first time through an earmark. Some members of Congress will defend Defense earmarks, for example, by arguing that the primary beneficiaries are small firms that otherwise couldn’t get business from the Pentagon.

Why do we only search for contracts and grants from the year 2005 on FedSpending.org?

The default year for contract and grant searches on FedSpending.org is 2005, the most recent full year for which complete data is available.

The 2006 election cycle was the last full cycle for which data is available, so we decided to include it along with data from the current election cycle. We also chose to set a floor for contributions of $20,000 so that recipients that had one or two employees who’d made $250 contributions wouldn’t be included. It seemed to us that, while still a low number (especially if the earmark recipient is a large organization), $20,000 is a significant contribution (twice the maximum amount that a Political Action Committee can give to a campaign during a single election cycle).

Why look up lobbyists?

Some members of Congress have claimed that the practice of making earmarks is justified because members are in touch with the needs of their districts or states. Are they genuinely hearing from constituents about unmet local needs, or are earmark recipients hiring lobbyists to inform members about projects that need federal funding?

Why don’t you ask the all the questions for earmarks with multiple recipients?

There were so few earmarks that specified multiple recipients (and some of those that do specify as many as ten) that there was no elegant way to make the interface work with them. But feel free to answer questions on contracts, lobbying, addresses, and Web sites in the comments section.

Do you really want people to comment about earmarks? 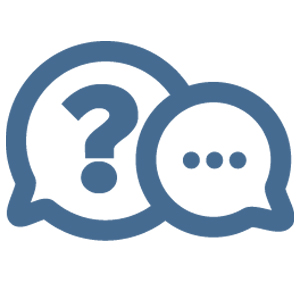 Absolutely. Transparency only works when citizens make use of the information. Lively debates over individual earmarks can be well worth having. And the more an earmark is commented upon, the closer it moves to the top of the queue for others to see it.

What kind of notes and additional research should I submit?

We’ve provided some suggestions, but we also suggest you use your own judgment. You can enter the amount of federal contracts a company has gotten through competitive bidding from FedSpending.org or information on an earmark recipient’s Political Action Committee from OpenSecrets.org. As you google the recipient, or look at campaign contribution information or lobbying reports, you also might come across interesting information worth noting (a small company whose employees gave tens of thousands of dollars to a single member of Congress, but no one else; a lobbying firm that represents dozens of earmark recipients; or, conversely, a member of Congress whose earmarks recipients never hired lobbyists or donated to campaigns). The purpose of Earmark Watch is to provide a tool and a forum and a repository for research on earmarks.

I flagged some information I thought was inaccurate, but now it’s back. Why can’t I flag it again?